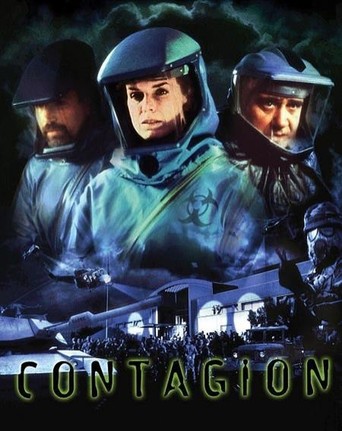 In the 21st Century, terrorists have developed a new way to strike: disease. Not only have they created a deadly Level Four Ebola virus, their first victim is the President of the United States. The virus is particularly contagious and is spreading. If a cure cannot be found, the only chance for saving the world from epidemic is for the army to destroy the hospital and the town where the victims, including the President, are currently contained. The clock is ticking. As doctors search for a cure the military seeks to annihilate them all in a race to stop the deadly path of the contagion. Can the spread be stopped before its too late? 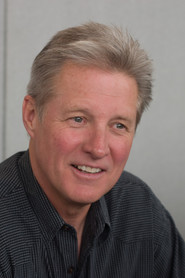 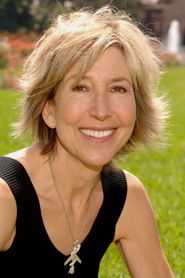 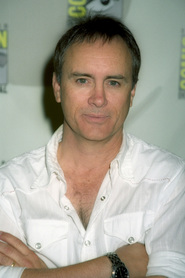 It is a performances centric movie

The movie "Contagion" seemed like a realistic and imaginable plot. The actors in the movie could have "acted" a little better. I do not believe that the movie writer or director did enough research as far as terminology and vocabulary use in scientifical and medical information. The movie seemed a bit disorganized and I couldn't tell if the movie was going to turn into a romance or stay on the "sci-fi" side of it. The precautions and information that the story line put out seemed a little elementary and rudimentary. The movie appeared to me that it would be more complicated than straight forward. The ending was very predictable and of course the movie always ends with a hero, survivor, and a small kid that "held the key", in the case of the movie, the cure.

The acting in Contagion was not top notch but it was above any other made for TV movies I have seen recently. It was a shame to see such good actors given such a bad script, full of clichés. Every turn the movie took was expected with the exception of the final showdown between the villain and the heroine (but only because it was so ridiculous that no one would have ever expected it). As for the science in the movie, it was surprising that Dr. Landis had such a tolerance to the chemical bath she took her suit off in. The fact that she took off her suit in the first 10 seconds of it really didn't make it hard to see she was going to catch Ebola as well. The script writer obviously just googled a lot of the science and picked what he thought would look cool or sound good. I remember at one point the head bodyguard was touching the tip of the dart and he did not catch Ebola; come on! The other really big problem the movie had was coincidence. The movie was full of it. Wow, we are lucky the best virologist was so close. Wow you went to Rwanda and you got sick. Good thing there was an extra springing tube lying around on the roof. Man am I lucky I remembered my scalpel. Need I say more? Finally, the ending was plain horrible. This is definitely what kept this movie out of theatres. The producer that thought a giant spring knocking the villain off the roof should have all his or her money taken away. The idea is simply dumbfounding. Slinkys don't kill people!!!

An attempted terrorist attack on the president with an extremely lethal and contagious virus named Ebola has left a hospital full of potential victims at the mercy of a greedy scientist. Only one brilliant scientist (main character) is left to try and save the hospital and potentially the world from one of the deadliest viruses known to man. If you are passionate about day-time television flicks, then you will enjoy Contagion. Better yet, if you like low budget films containing mediocre plots, then you will love this movie. The director, John Murlowski, who has also created such blockbusters as Black Cadillac, Terminal Error, and Richie Rich's Christmas Wish, succeeds in creating an overly predictable and seemingly unrealistic film. Bruce Boxleitner (President) and Megan Gallagher (lead scientist) star in one of their not so great movies.

From the gripping opening scene of the movie I was sure it was going straight to the B movie hall of fame. Although I'm sure the actors in the film have preformed in some riveting pilots their performance in this movie was below par. From the awkward sexual tension between doctor and patient, to the all so intimidating secret service agents the cast was horrible. To make the situation worse the flow of the movie was hit and miss. At times you could see where the movie was going then you would be taken across the street to bust the terrorists den and left wondering what in the world happened. The actual plot was somewhat believable; however, in this day in age it is hard to believe that terrorists could set up shop in the same building as the president and not be found. Also, it is amazing to me that enough antibodies could be produced for the 200 plus people trapped in the hospital, and in less then a week. I think the producer needs to get with the CDC and tell him the trick, because decades of science have not been able to find a cure. On a more positive note I sure am glad that Dr. Landis and the President are going to be swapping there own contagions. (lets see her whip up a cure for the gift that keeps on giving).